Visiting Hartola for the first time, there is not that much to see but we saw the main attractions I assume.

The main green building dates from the 1828. The larder is from the same period and has been built over cellars which date back to the 18th century.

The red side building was constructed in two phases, first came the “savupirtti” (literally a smoke-hut in which there was no chimney) built in the 17th century. The work was finished in the 1850’s. The yellow building, which was the main one during the middle of the 17th century, is not used as a museum.

The shed in which the harnesses and carriages were formerly kept now houses the agricultural section of the museum, and dates from the 1880’s. The windmill was build in 1840. The buildings were all originally here except for the windmill, which was transported to the museum in 1965.

The art creations on this blog are my own. Although I enjoy sharing my ideas, all rights are reserved. DO NOT COPY OR USE any of the artwork on this blog without permission.. Thank you! Ritva Sillanmäki 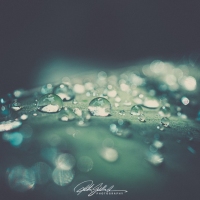