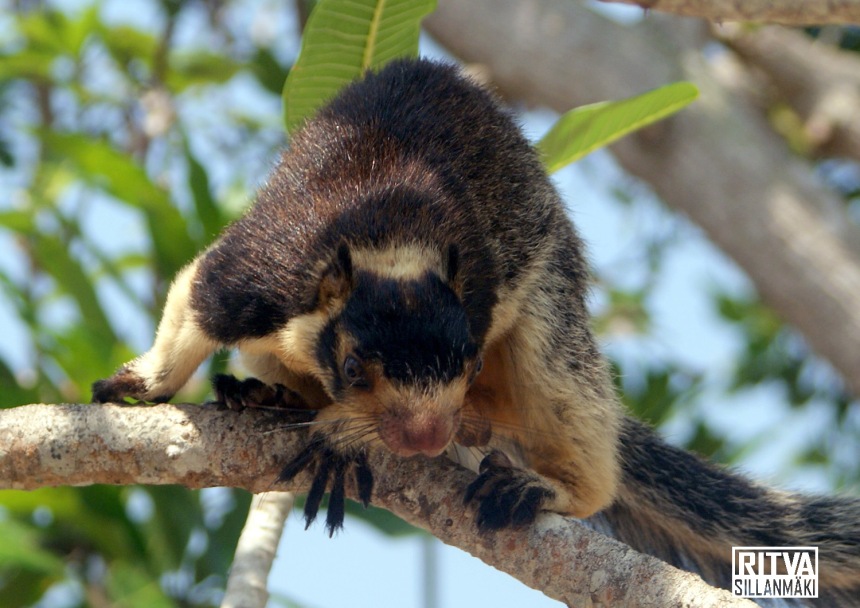 This species gets the name ‘Grizzled’ because of the particular colouration of grey to brown mixed with white. The Grizzled Giant Squirrel has an average length of 25 to 45 centimetres with a 25 to 50 centimeters long tail. It normally weighs between 1.5 and 3 kilograms.

It seems restless and agile and usually spends its whole lifetime on trees. It uses its long tail for balancing on trees. The broad hands and the large claws help it to grip trunks and branches while climbing trees. Being a diurnal animal, it stays active during daytime and rests at night. Its diet includes fruits, nuts, insects, bird eggs and the barks of some trees.

Due to the hunting for food and fur and intrusion to its habitat by humans, the species is threatened now. It is seen in Sri Lanka and Southern parts of India. In Kerala it is protected in the Chinnar Wildlife Sanctuary in Idukki district, which is a protected area for rare species of fauna and flora. 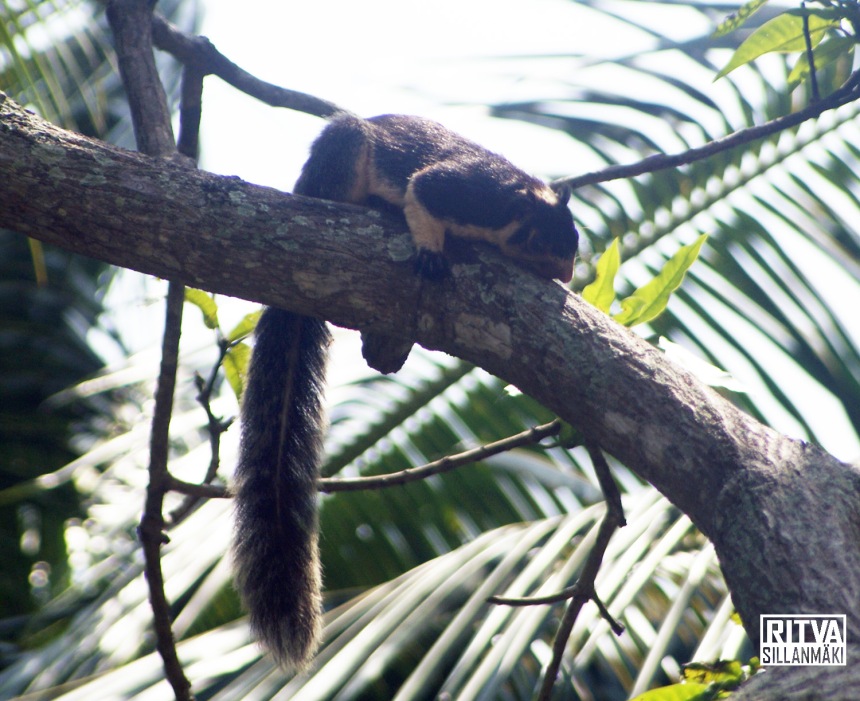 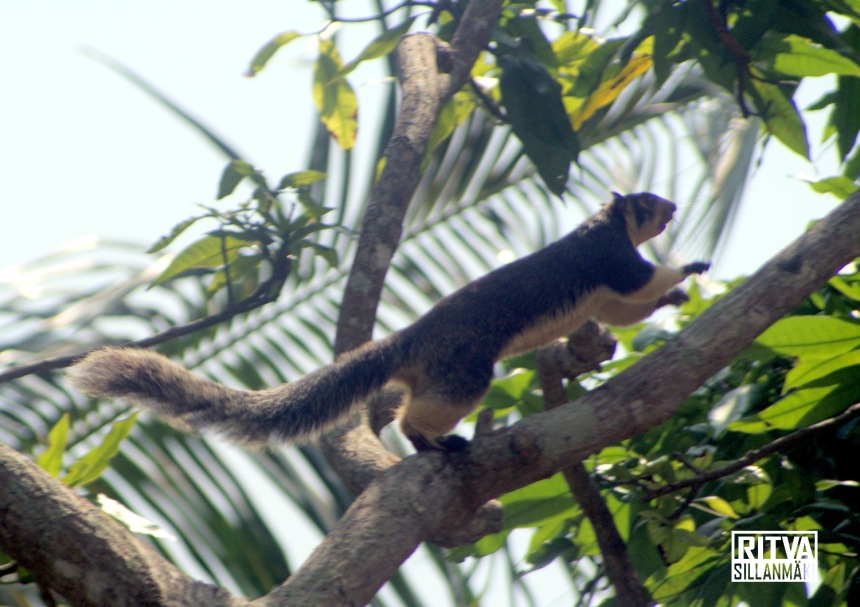