The Church of St. Mary in Hollola was built between the years 1495-1510: the vestry in ca. 1495, the main body in 1500, and armoury after 1505. The church of Hollola is the third largest medieval parish church in Finland and the oldest public building in Päijät- Häme region. The church, built in the mother parish of Greater Hollola, into the crossing of waterway Lake Päijänne – Lake Vesijärvi – Porvoonjoki river and the road Ylinen Viipurintie, was very centrally located. The massive stone church with high-pitched shingle roof, richly decorated gables, great cornerstones and strong granite walls, was a welcoming shelter for a traveller, kneeling down before the south side open-air altar or the altar in the armoury. 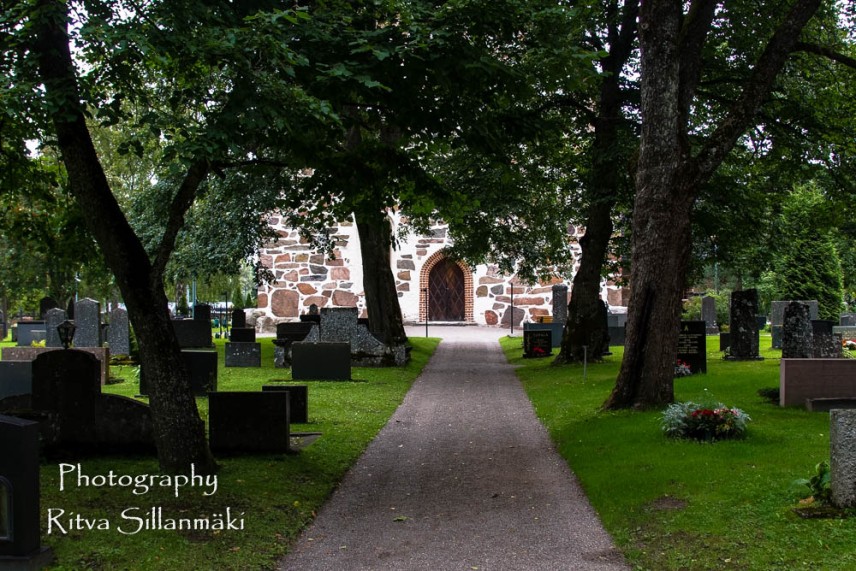 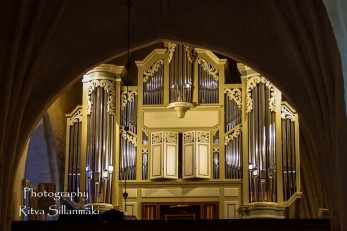 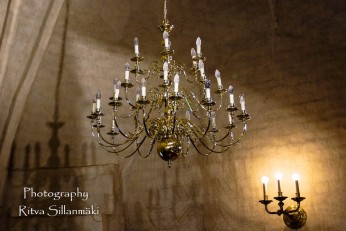 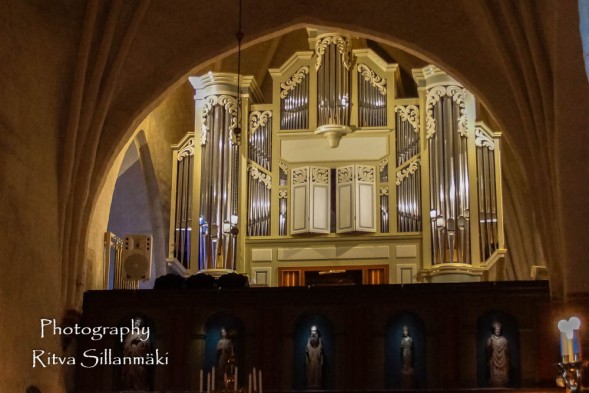 The church was built in Roman Catholic times and signs of the bygone era can still be seen: four pillars divide the church into two naves and the ribs of the two easternmost circular star vaults are decorated with paintings that indicate the area of the then main altar. The dedication crosses painted on the walls, eleven in total, witness of the dedication of the building and of the fact that Church is built upon the teaching of the Twelve Apostles. Above the door to the vestry, remains of painting depicting two angels carrying a monstrance, can be seen. This reminds the visitor of the reality of Christ in the Communion and in the Holy Place. On the base of the easternmost pillar there is the oldest piece in the church. The baptismal font, carved by master of Vehmaa in late 14th century reminds us of baptism, the sacrament of joining the Church. 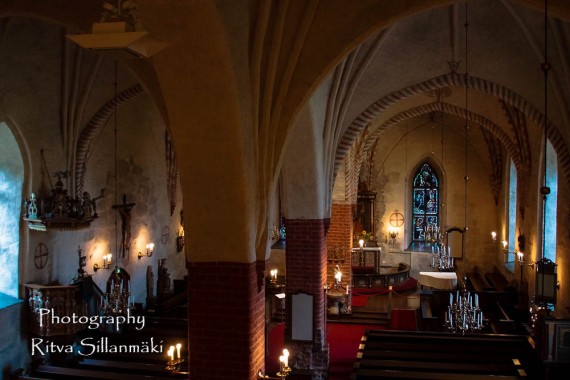 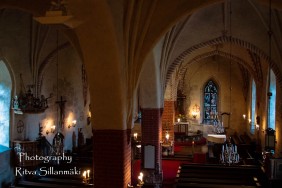 During the Middle Ages, the church was lavishly decorated with wood sculptures. Twenty-four figures still exist, however their original screens have been lost. The patron saint of the church, St. Mary, has for instance been the main figure in the altar screen consisting of eight smaller figures. Today these are scattered in all parts of the church. The present antemensale, with the same motive as in the painting above the vestry, gives us a glimpse of the splendour of the medieval furnishing of the building. The doors of the church are beautiful examples of medieval wood carving and forging work, especially the door between armoury and nave. This one, with motives of lilies and the hunt of St. Hubert, is generally admired. 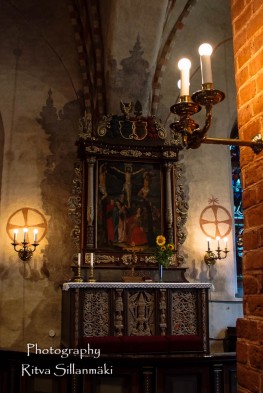 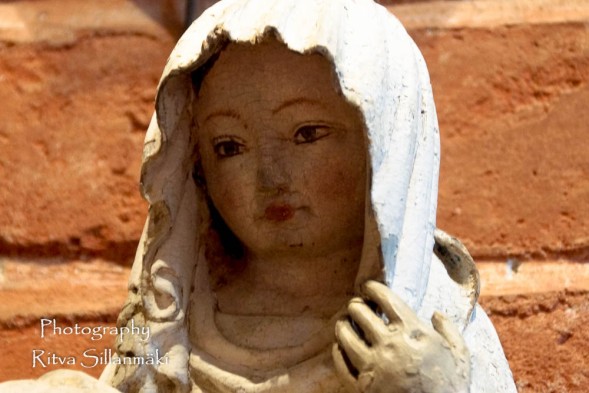 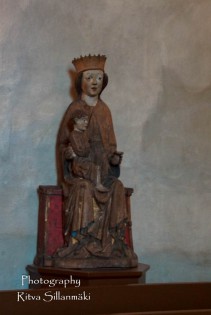 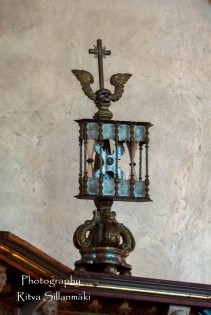 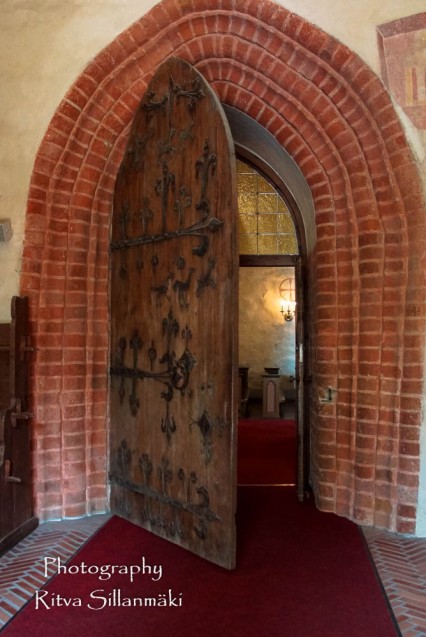 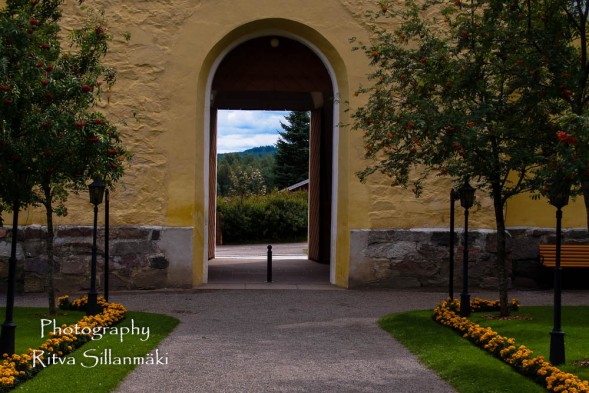 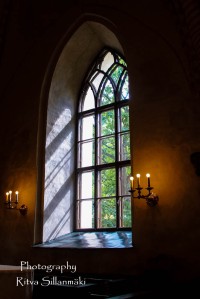 The belltower was built in 1829-1831 according to C. L. Engel drafts. The ground floor of the tower has a cold room for the deceased as well as a room for close relatives.

2 replies to The Church of St. Mary in Hollola